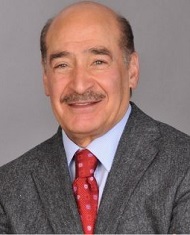 He has also acted as consultant/advisor to several intergovernmental agencies (including UNWTO and Inter-American Development Bank), and ministries of tourism.